The Android version 4.0.4 was first seen in some leaked builds a few months ago, some custom rom developers ported it to devices like the Galaxy Nexus. But today marks the first time it comes from Google.

Earlier today the update started rolling out to the Xoom Wi-Fi tablet in some regions. Now we also have AOSP’s  Jean-Baptiste Queru announcing that the new build IMM76D is being uploaded onto AOSP as we speak. This means that from tomorrow all OEM’s as well as custom rom makers will have access to the new build.While we have no change-log , the AOSP post does mention it being an incremental update with a few hundred changes over 4.0.3 .

In more exciting news , this is also the version that is coming soon to the Nexus S which saw its update pulled due to battery concerns. The actual update.zip has actually already leaked and can be downloaded now to try on your Nexus S I9020. If you want to download that update please have a look at the Source link . As usual being a manual update that is not from Google, all the risks apply and if you have a special variant of the Nexus S you should be wary of flashing. Also Note that this update seems to only work coming from the previous ICS Build that was out for the Nexus S ( 4.0.3 ) So its more of a ‘Bug Fix’ ontop of that. We also have information from Vodafone Australia that they are currently testing this build for the Nexus S, so it can’t be too far off.

OEM’s will use this build, but as usual it may be awhile till they update their builds.

We’ll keep you updated with the changes in 4.0.4 as they come up.

UPDATE
Google has Announced via the @Android account on Twitter that 4.0.4 is now rolling out to the GSM Nexus S, Galaxy Nexus and Xoom Wifi . Only the Verizon Galaxy Nexus has been left out for now.
While that is great, I’m sure the update will be phased, either way get your device out and check for the OTA arrival soon. 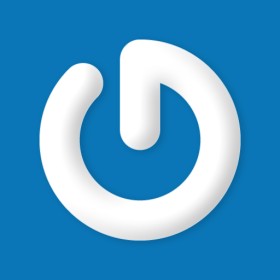