Until quite recently, robots were something we thought of as being in cartoons and films. Robots were found in sci-fi flicks, kids’ cartoons, and almost every Marvel comic within the past few decades. However, with the launch of robotic vacuum cleaners a few years back, it became clear that robots would soon play an important role in our everyday lives.

Now, consider just what Artificial Intelligence (AI) and robotics could do for people living with any number of disabilities? From issues with mobility to blindness and even dementia, robots may one day fill an ever-present need. Let’s take a look at the impact of AI and robotics for people living with disabilities and if, by any chance, you are looking for a career, this might be a field to explore!

A Word About This Field of Study

Programs like the Kettering University Online masters in electrical and computer engineering are pioneers in this field of study. Mobile robotics is one emphasis within the degree program that studies complex mechanical computerized systems designed to function in the physical world. These might be such things as robots that could fetch a glass of water for a bed-bound person or perhaps even assist someone walk across the room.

Perhaps robots of the future could be programmed to remind patients with dementia to take their medicine and even assist visually impaired individuals navigate walking on sidewalks and crossing roads. While the main focus for a Masters in Electrical and Computer Engineering is currently on such things as autonomous vehicles, a large shift is expected toward robotics in the very near future.

Much research is yet needed in the field of Artificial Intelligence as it relates to artificial limbs. Currently, there are exoskeletons in use that are able to help paraplegics, those paralyzed from the waist down, to walk. One company from Japan, Cyberdyne, is already marketing an exoskeleton called HAL, the acronym for Hybrid Assistive Limb. You can watch HAL in action on YouTube and it’s pretty amazing. Not only can HAL assist paraplegics walk, but it enables a person to safely lift weights without causing injury to the back and assists elderly patients with mobility issues.

Doesn’t this sound like a fun and fulfilling career? Imagine ‘intelligent’ robotics that could provide bodily functions when connected to the nervous system. Research is currently being conducted at leading universities around the world, but it is highly probable that there will come a time when many of the issues we face today can be addressed with AI and robotics.

Robotic Companions for the Elderly

Did you ever imagine there would come a time when robots could be consigned as companions for the elderly? Imagine a robot programmed with AI that could play games with their ‘patient,’ remind them to take their medicine (as mentioned above), and even get the water needed to swallow those pills. Robotic companions could assist the elderly in everything from dressing to walking to eating.

Then, consider the possibilities of a robot that could walk the dog for an elderly person and even feed the dog at specified times. The potential in this area is huge, and although they may be expensive in the first few generations, as with all technology, they will become more and more affordable as technology advances and patents are released. In the meantime, this surely is a field you might want to pursue.

Meeting the Needs of Society

While there is much research in terms of robotic body parts functioning on AI, there are other areas of our lives in which robotics and automation could play a major role. Unfortunately, there isn’t enough real time data to be analyzed at this point in time. Perhaps a master’s thesis could consist of research into just what the general public is looking for in automation?

Going back to that example of the robotic vacuum cleaner, there was a need, and the cost was affordable, so they sold. Robots designed for people living with disabilities would obviously be much costlier, so it is imperative to examine exactly what needs people need to meet. Although two different people may have the exact same disability, their needs may vary. Some wheelchair bound paraplegics may have no difficulty navigating their own homes but need assistance out in public while others can’t make it from one room to the next. Data must be collected and analyzed prior to research and development, but once that information is gathered, engineers have a place to begin R&D.

With so much emphasis on autonomous vehicles for our roadways, few people are aware of the fact that engineers have been designing autonomous wheelchairs for people with physical disabilities. These are computerized chairs that work in much the same way as autonomous cars. They can sense when there is an obstruction in their pathway and they can reroute a path to reach a specified location.

Consider a person who is both visually and physically impaired. An autonomous wheelchair would be ideal for getting them safely from one room to the other. The potential within this field is huge because there simply aren’t enough home healthcare workers to meet current needs.

Autonomy Is the Future of Mobility

At the end of the day, it is becoming increasingly clear that autonomy is going to be the solution in several areas of our everyday lives. From autonomous vehicles on the roadways to autonomous wheelchairs to robotic companions programmed to do routine tasks, greater needs will be met easily and much more efficiently.

There is much yet to understand in terms of societal needs and how automation can assist those with disabilities, but with programs like the above mentioned master’s degree in electrical and computer engineering, there may be a day in the very near future where autonomous vehicles of all kinds will be the literal salvation of disabled individuals with varying levels of needs. The future of mobility is, indeed, bound to AI, robotics and autonomous vehicles. If you are looking for a promising career, this is as good as any you will ever find. 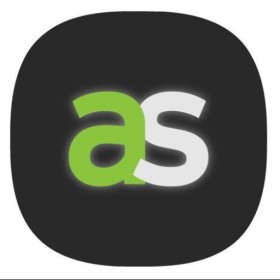